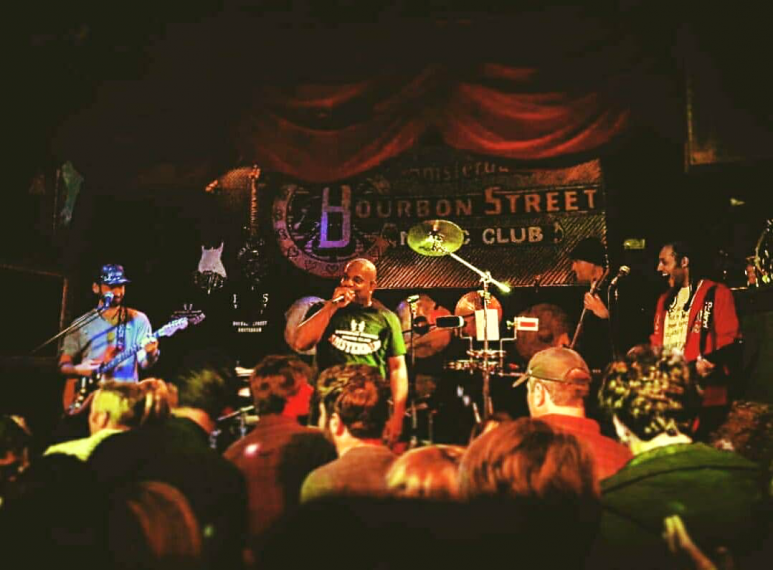 The gifted singer, songwriter, producer Delano will have you dancing your way straight into the weekend. The man with the golden voice and funky percussion is the frontman of the fresh new group Brand Nu Funk.

For this special occasion, Delano a.k.a Supa Soniq has put together an all-star line-up. With Delaney Nelom on keys and keytar, and the amazing talents of guitarist Vlado Spisiak, bassist Pieter Hoogervorst and drummer Patrick Wiebers to entertain you all night long with the freshest soul, funk and R&B tunes imaginable!

On September 21st 1990 Ricardo Reeberg and Bert Hendriks gave birth to Bourbon Street Live Music Amsterdam Club. After having served as a discotheque where Ricardo and Bert had worked for many years it was time for a change. At the time there was clearly a need for a live music Amsterdam cafe, with originality and a unique character.

Slowly but surely people found their way to the Bourbon Street Live Music Amsterdam Club and made it what it is today, a place which is known and famous all over the world.

Famous musicians, such as Sting, Bruce Springsteen, Joss Stone, Jeff Healey, Bobby Kimball (Toto), The entire Rolling Stones Crew, the late dutch rock & roll hero Herman Brood (may he rest in peace) and BB King also found their way to the Bourbon Street. Even the Hollywood stars come and find us. Live music in Amsterdam is magic…visit us and become part of it !!!